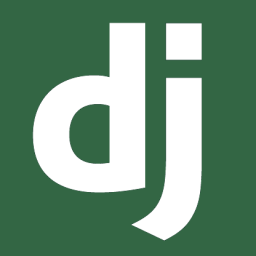 While Django makes it very simple to get an application running locally, the default configuration that's generated left untouched is unsuitible for production use. This lesson will show you how to separate your settings between development and production environments. Our Django application will be named conduit in this example, so sure to replace any references to conduit with the name of your Django application if it differs.

To get the full working version of this guide, clone the conduit-django repository and follow the instructions in the file called README.md to get everything installed and running. I've created a Production-Settings branch of the conduit project with the changes below.

Currently, our application has the following directory structure:

Change the existing settings.py to our common settings

Create a folder named settings in the same folder as our settings.py file. Then, move settings.py into the settings folder, and rename the file to common.py

This common.py file will contain the settings that will be used in both development and production.

In the settings folder, create two files named development.py and production.py with the following:

The two files we created will import variables from the common.py file. They'll also contain settings specific to each environment. If you have additional environments that you want to set specific settings for (like for running tests), you can put them in the settings folder and import the common settings as well.

We also want to specify what ALLOWED_HOSTS are going to be set. Once you set DEBUG = FALSE THEN ALLOWED_HOSTS then needs to have a value for your project to run. Replace the values I've temporarily placed in here with your production host values.

By default, Django will continue to look for configuration in settings.py which no longer exists, so trying to run our server or any manage.py tasks will fail.

Update the default value of DJANGO_SETTINGS_MODULE

There are other areas that you may need to account for when deploying to production. The Django Documentation has a checklist of things you should also consider.

With reguards to our database, we have been using the built-in db.sqlite3. Sqlite isn't considered a production solution database. You will want to upgrade to PostgreSQL or MySQL for your production version. The documentation below talk about deploying to production and setting up the production worthy database.

I finished! On to the next tutorial